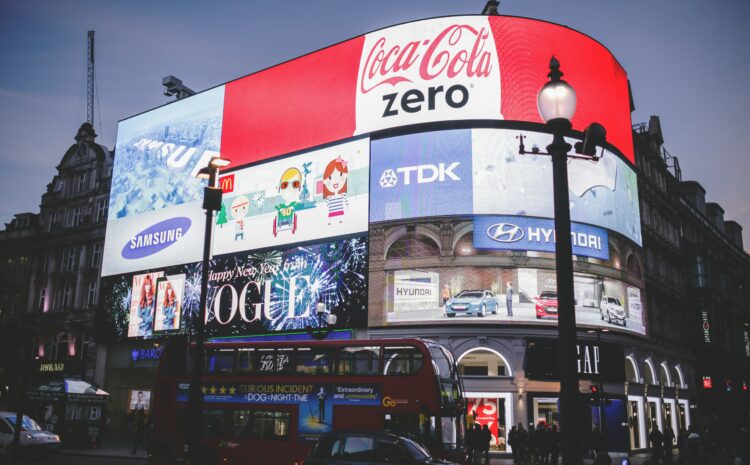 A display ad, sometimes known as a banner ad, is a form of advertising that offers visual content for viewers to click on. This content is usually a designed image,  photo or, increasingly, a video that has been created to attract attention and lead the viewer to look at a product or service.

Display ads function differently to text ads, as they are not found in the search results. They are often interactive or feature moving images or animation to try and captivate the viewer.

Display ads are paid for and form part of a wider advertising campaign. They are created to be visually exciting and bring in visitors from other sites and, more commonly these days, from other apps. The banner or display ad can also be used to boost brand recognition and help to funnel visitors and drive leads.

Display ads can often be found along the top of a page or app, much like a traditional banner ad. They appear on distinct sections of the website that are reserved for paid advertising and aimed at creating a quick conversion.

They are distinct from native ads, which are designed to blend in with their surroundings in order to appear more authentic to the viewer or reader. Native advertising is less disruptive, and some people prefer to use this kind of advertising, particularly in online magazines and newspapers where the content is very important. Display ads, on the other hand, are designed to stand out.

The benefits of display ads

Display ads are far more versatile than native ads, in that they are not designed to sit in one specific place. That means they are capable of travelling much further with a wider reach. There are countless combinations of sizes and formats for display ads, and a single ad can be designed to fit in numerous spaces across multiple sites. They can also be matched to sites that are relevant to your brand, according to specific target keywords and very advanced programmatic targeting including behavioural, contextual, demographic, geo-locational and geo-contextual.

Display ads are also very easy to track and measure. Each click is recorded and the number of impressions and conversions can be displayed in real time. This gives you an accurate understanding of how effective your ad is being. However, the downside is that because display ads are so ubiquitous, they do stand a chance of being ignored, which is why you need to make your visuals as eye-catching and relevant as possible.

Why use display ads in apps?

So far, we have focused on display ads in their wider sense across websites, but in recent times more and more marketers have seen the potential of placing display ads in apps. After all, app creators need a way to fund their creations and do so by selling advertising space in their products. That means you can target apps that are relevant to your business, and use this space to create eye-catching display ads in the same way you would for a website banner.

The beauty of advertising on an app is that it has the potential to reach a huge audience. Just think about apps like Candy Crush or Angry Birds and how many people they were able to reach at their peak. The app on which you have placed your advertising could be the next big thing.

Why videos work best in apps

New studies have found that video advertising can achieve rates of click through more than seven times higher than standard banner ads on apps. In-app videos are often full screen which gives them a much higher success rate for viewing than the smaller display formats. This means that consumers are much more likely to both click and convert.

With the numbers of ad downloads reaching record levels across the start of 2019, achieving 10% more than the same period last year, this is a golden age for apps and in-app advertising. As a result, mobile advertising spending is growing by 40% year on year. Total spend has now reached about $70bn. This is a huge market and one that is increasingly turning towards in-app video advertising.

The even better news is that some types of video advertising, most notably rewarded video ads, those ads that users have the option of watching in full in exchange for in-app rewards, are a great deal cheaper than you might have thought. Yet they still achieve similar click through and conversion rates.

Arndt Groth, the president at Smaato, which published the study with Liftoff, said that, ‘Rewarded video ads offer a great deal for advertisers looking to drive conversions, and advertisers should reassess their opinions of the rewarded video ad format and the users it reaches.’

He went on to point out that display ad eCPMs are nearly five times more than banner ads but that interstitials received an average CTR 18 times higher than banners, as bigger ad sizes tend to drive more clicks. Interstitials are full-screen ads and this helps to ensure that viewers give them their full attention.

As cost-per-action models have less price variance across ad formats than the cost-per-impression model, larger ad formats, including video ad formats, seem to be much more successful with viewers.

Groth said, ‘They also tend to have higher CTR. So, the eCPM for these formats is higher. When buying on a cost-per-action basis, however, the advertiser is paying for the completed action, regardless of which format sparked it. Therefore, ad format does not play as large of a role in the actual price.’

In addition, the report also said that advertising on iOS devices has higher costs and conversion rates than Android devices across all formats. This makes people using these devices more attractive to advertisers, despite the increased cost of the advert.

If you would like to know more about display ads for apps, especially why video apps are so successful, then get in touch with a member of our team.

Support one another and prosper together.