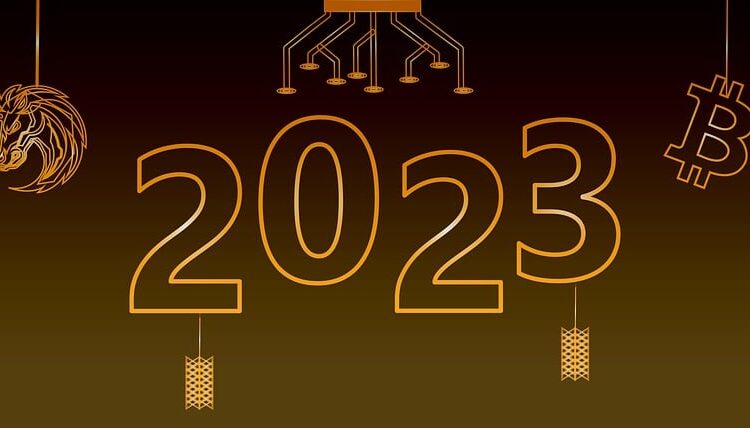 There is no escaping the fact that the cryptocurrency market tends to fluctuate. When you consider the year it had in 2022, you see many peaks and troughs, some of which were predictable and others which weren’t. There is still a bright future ahead for crypto, it continues to hold value across the board, and more organisations are beginning to implement its use into their daily operations, meaning it shouldn’t be an asset which is merely written off. That being said, given the fluctuations, hesitation surrounding involvement is understandable.

So, in 2023, what is most likely to happen in the crypto world? If you are interested in getting involved in the crypto market, then you must remain up to date with everything that’s happening within it. There are a number of helpful blogs that can keep you updated, and by knowing what is likely to occur in 2023, you know what kind of information to look out for.

The Continued Rise of Ethereum

There are already several different cryptocurrencies, with more getting developed daily. That being said, amongst the crowd, some stand-out currencies exist, namely Bitcoin and Ethereum. Bitcoin has always been the most popular form of crypto. It was the original currency and brought crypto into the limelight when its value skyrocketed, making anyone who invested in the early stages rich. However, Ethereum has steadily been catching up, and this trajectory is likely to continue in 2023 to the point that it surpasses Bitcoin in market value.

Granted, there is trepidation surrounding this prediction. This is because Bitcoin and Ethereum tend to mirror each other in their value, meaning when one rises or falls, the other does the same.  Historically, digital currencies have rarely diverted from Bitcoin in market trends, but 2023 will likely be the year this changes. Thanks to economic uncertainty and the US economy potentially heading for recession, the opportunity for a separate currency such as Ethereum to move on and have its own merit-based data has presented itself.

Meme tokens are nothing new and have been very profitable for many investors. In 2021, Shiba Inu and Dogecoin were some of the most profitable and popular cryptocurrencies available on the market. Dogecoin managed to gain over 20,000%, whilst Shiba Inu did even better, producing an increase in value of 121,000,000%.

Despite their previous success, in recent years, they have appeared to hit their peaks, dropping almost 90%. This is a trend that will likely continue throughout 2023. There are a few reasons for this.

Firstly, both coins are merely payment coins, meaning there isn’t much special about them. When you consider all the different forms of crypto now available, many of them are payment coins, so there isn’t much helping meme tokens stand out in a crowded market. They managed to rise in popularity due to a strong social media presence, but this isn’t sustainable over an extended period in the crypto world.

Also, when you consider the history of some different cryptocurrencies, the market hasn’t exactly been kind to many payment coins that skyrocketed in popularity. The only payment coin that has maintained value and relevance is Bitcoin. Without much to offer the crypto market, 2023 is not a year of optimism for Shiba Inu and Dogecoin.

September 2021 looked like a shining moment in the world of crypto when the country of El Salvador made history as it became the first nation to accept Bitcoin as legal tender. This didn’t just mean that it could be used; it meant that all businesses were required to accept Bitcoin as a currency and had to have the means available to do so. Now, only 16 months after the project initially started, the experiment is a complete disaster.

When you consider the general population of El Salvador, most people don’t have access to traditional financial services, so they have no interest in paying for goods and services using Bitcoin. A survey undertaken by Jose Simeon Canas Central University found that out of 1269 people, only 24% of locals had used Bitcoin to make a payment. On top of that, over 60% of those surveyed agreed that the rollout of Bitcoin had been a failure.

El Salvador is also currently balancing on the edge of a debt default. Using public funds to purchase Bitcoin has effectively prevented the country from receiving a large loan of over   $1 billion that could help with its debt problem. It has also led to many other lenders being hesitant to give anything.

Given the ‘failure’ of the rollout and how the presence of Bitcoin stops the country from receiving loans, El Salvador will likely cut off this experiment. That isn’t to say there isn’t a place for the public use of Bitcoin in the future, but rollouts would need to be more thought out and better executed.

Stay Up to Date with Crypto

You can stay up to date with all things crypto by following blogs such as YouYaa. We post everything happening within the current market, allowing you to make informed decisions about navigating it and where you should spend your time and money.

What Do I Need to Know Before Hiring a Good Digital Marketing Agency?