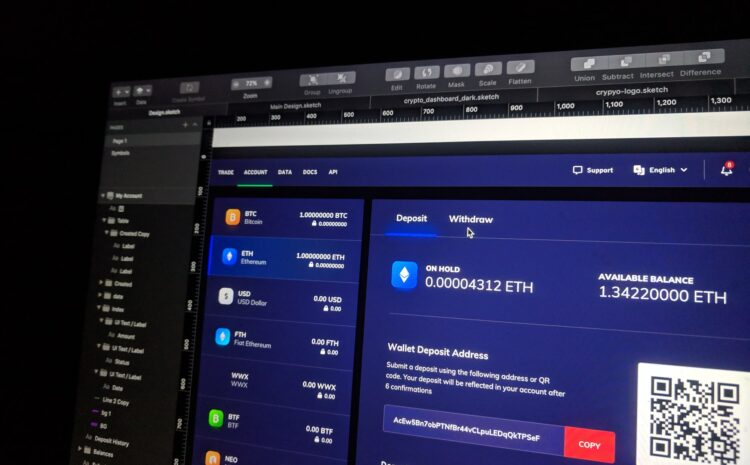 Ever since Bitcoin was originally introduced in 2009, it has been controversial to say the very least. This is even more so the case as it has paved the way for another number of cryptocurrencies to follow in its wake. One of the main criticisms for bitcoin is the fact it is quite volatile, its use in a number of nefarious transactions and also the exorbitant use of electricity that is necessary when mining it. That being said, there are a lot of people who see the benefits of using Bitcoin, such as the fact it is much safer when it comes to economic problems like inflation, and it allows anonymity to its owners.

Of course, where a lot of people will continue to invest in crypto because of these benefits, the aforementioned problems that come with it have manifested themselves in an array of different restrictions. The legal status of cryptocurrency varies massively depending on the country you’re in.

There are a lot of countries that don’t actually make the usage of bitcoin itself illegal but instead make its status as a method of payment one that comes with implications. Others place limitations on exactly how it can be used and then finally you have some places that have banned cryptocurrency in its entirety.

This article will go into more detail about the countries that have banned or restricted the use of Bitcoin.

Following their passage of a financial law in 2018, Algeria has completely prohibited any use of cryptocurrency. This means that people are unable to buy, sell or hold it. Their financial bill refers to Bitcoin as a “so-called virtual currency” that can be used by internet users. They wanted to establish stricter control over these kinds of currencies given they have been used in the past for the likes of drug trafficking, tax evasion and money laundering.

Bolivia has had a complete ban placed on Bitcoin since 2014. It was the Bolivian Central Bank who issued a resolution that banned Bitcoin and other currencies (such as those subsequent cryptocurrencies that have emerged) that are not regulated by a country or economic zone. The logic behind this banning makes sense as one of the wide criticisms of Bitcoin is the fact that so many specific groups and individuals have power over its value. As such, many have asked for it to become a regulated currency, but this isn’t possible due to the fact it is decentralised.

Throughout all of 2021 China has been a dominant force when it comes to cracking down on cryptocurrencies. They have been repeatedly issuing warnings to their residents stating they should stay clear of the digital asset market, as well as clamping down on the mining that takes place within the country and the amount it can be exchanged overseas.

There have been a lot of efforts to try and undermine Bitcoin throughout the country, given it is a completely decentralised currency that exists entirely out of the governments control. It has been seen by many as China’s attempt to float their own e-currency. This is backed up by the fact that the People’s Bank of China have made it clear they plan on being one of the first central banks in the world to launch its own digital currency. In doing this, it would be able to closely monitor the spending of its citizens.

In Colombia there have been a number of financial institutions that are no longer allowed to facilitate any kind of transaction that uses Bitcoin or other cryptocurrencies. Financial institutions were told all the way back in 2014 by the Superintendencia Financiera that they are not allowed to, “protect, invest, broker, or manage virtual money operations.”

The country’s primary Islamic advisory body (the Dar al-ifta) issued a religious decree in 2018 that stated any kind of Bitcoin transaction was “haram”. This means that it is prohibited under Islamic law. Though this law isn’t actually binding, it seems it did have some influence as Egypt’s banking laws were tightened in September 2020 as a means of preventing trading or promoting cryptos without a Central Bank Licence.

There were some new regulations issued by the Bank of Indonesia (the country’s current central bank) that completely banned the use of any cryptocurrencies. This included using Bitcoin as a means of payment from January 1st, 2018.

Bitcoin has quite a complex relationship with the Iranian regime. As a means to try and avoid the negative impact of economic sanctions, Iran has chosen rather to turn its head toward the lucrative practice of mining Bitcoin in order to finance imports. The Central Bank in Iran has completely prohibited the trading of cryptocurrencies that have been mined overseas but encourages it from within its own country along with incentives.

They are doing a lot as well, as around 4.5% of the world’s Bitcoin mining takes place in Iran. This could account for a revenue of over $1 billion. One of the ways that Iran has managed to encourage the mining of Bitcoin across the country is by offering miners cheap energy under the condition all of the crypto mined will be sold to the Central Bank.

Crypto was becoming quite popular across all of Iraq. As such, the Iraqi Central Bank has been hostile as they have issued a statement that states the use of cryptocurrency is banned.

Back in 2017, the Nepal Rastra Bank declared Bitcoin illegal across the entire country.

Interestingly, North Macedonia is the only European country that has placed a ban on cryptocurrencies. These include the likes of Bitcoin, Ethereum and all other subsequent currencies.

Cryptocurrency has not been outlawed in Russia but there is some conflict when it comes to its use. They passed some laws to regulate it in 2020 which makes it so that cryptocurrency is property and therefore liable to taxation.

As the lira lost value there were a lot of people in Turkey who began trading in Bitcoin. The arrival of regulations came in 2021 as inflation peaked in April.

The State Bank of Vietnam has declared that the issuance, supply and overall usage of any Bitcoin (and other cryptos) as a means of payment is illegal and subject to punishment of fines.

Due to the negative impact that cryptocurrency can have, such as making it harder to track payments and lead to inflation of a country’s home currency, means that there are places all over the world that have either banned or regulated its use. You should consider this list of countries if you plan on using cryptocurrency overseas at all. In order to stay up to date with changes regarding the likes of Bitcoin, you should continue to visit sites such as YouYaa who provide frequent updates.