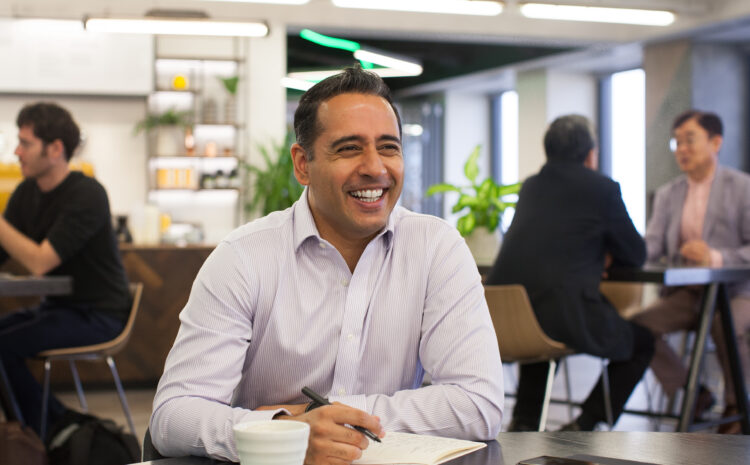 The path to success isn’t an easy one. It’s one filled with an array of different challenges and barriers, constant peaks and troughs, good days and bad days and days where you just want to give up. A lot of the time, when you run your own business, it can feel as though you are giving a lot more than what you get, and this can be enough to make you want to close the laptop and call it a day. You’re not alone here. Many successful people know the struggle all too well, and one of these is the globally recognised digital marketer and CEO of YouYaa, Zeeshan Mallick.

YouYaa was originally founded in 2017 and is a digital marketing company that works in a number of industries but predominantly in Fintech. The organisation has had tremendous success, now with offices in London, Dubai and New York. It’s no longer just made up of Zeeshan Mallick and instead flaunts a team of industry experts who can help businesses with any and all marketing queries they might have. They specialise in growth marketing and work well predominantly in the markets of finance, Web3, Fintech, Crypto, eCommerce and eSports.

The Story of Zeeshan Mallick

Zeeshan had it hard from the word go. He grew up in the 80s when racism was prevalent. This experience had ramifications in his professional and personal life as, growing up in East London, Zeeshan had to fight for every opportunity possible. He is lucky enough to have a supportive family who went above and beyond to ensure he was supported and comfortable, but this could only go so far as publicly; he constantly fought against the odds.

Having these challenges imposed on him from a young age, Zeeshan established an incredible work ethic, which led to him becoming one of the country’s most experienced digital marketers and financial consultants. Though he constantly pushed himself, his effort was seldom recognised as others were promoted above him despite his outstanding record. He almost felt like quitting but remembered the words of his father, who had said, “Zeeshan, you will give 120% and get 80% or less.”

He carried his Dad’s words with him and continued working to his fullest ability before deciding to go it alone and start marketing websites from his bedroom in 1996. He did this for some time and eventually officially began digital marketing as a full-time career in 2001.

The Founder of YouYaa

These days, Zeeshan’s hard work and experience are recognised worldwide as he is considered one of the most qualified and reliable coaches and mentors. He has worked with a massive number of businesses from all over the world, constantly lending a hand to ensure that they can market using the correct channels and expand their overall reach as much as possible.

YouYaa now has offices in Dubai, New York and London with a large team of experts on board. Zeeshan hasn’t taken a backseat in this growth, though. He still works hands-on with YouYaa and enjoys consulting with other businesses the most, providing them with useful information on how they can expand their reach and grow as a brand. His talents continue to be recognised, as just this year, he won the award for best crypto marketing agency. Some of the largest names that he has collaborated with include the likes of Microsoft, Barclays, Business France, Sony Ericsson, Charlotte Tilbury, Emirates Airlines and Level39.

The Future of YouYaa

So, with all this success, does Zeeshan have any plans to slow down? Absolutely not. He insists on increasing YouYaa’s success to the point that the organisation becomes a household name in finance, web3 and fintech marketing everywhere. At the moment, he is working on expanding even further so that he is able to help clients in Asia and Australia.

This might all seem like a lot, but when you consider the upbringing that Zeeshan had and the challenges which were imposed on him at a very early age, it is hardly a surprise that he has so much drive and ambition. He knows how hard it can be to get your ideas off the ground and make waves in industries where the odds are stacked against you, hence why he is so keen on working with different businesses and providing them with advice on how they can move forward.

He also has an eye for innovation, which explains why he is keen on homing in on tomorrow’s technology with Fintech, crypto and web3. Commenting on this, Zeeshan says, “I opened the doors in November 2017 wanting to change the way traditional finance marketing agencies worked by providing 100% transparency, no hidden costs and honest, friendly advice making our core principles Honesty, Transparency and Friendliness. As a specialist finance marketing agency, I’m very proud of the team and the work that YouYaa provides to the finance world.”

When you set up your own business, if you want to be successful, there will be a number of different challenges in your way. You need to fill a gap in the market, provide excellent service and market yourself in a way where you stand out to prospective clients. This is hard, and no one understands this better than Zeeshan Mallick.

If you are looking for a marketing agency to work with, it makes more sense to go for an agency that will sympathise with how hard it can be to get your name out there. YouYaa and its team of experts will be able to consider your business and provide excellent advice on the best way that you should move forward. If you have any questions or want further information, do not hesitate to get in touch.

What is the Future of Marketing in Finance?