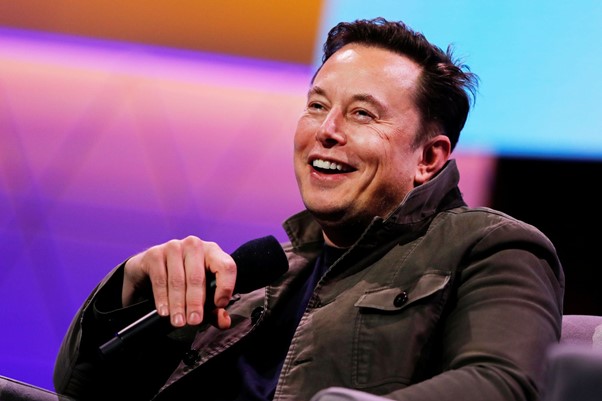 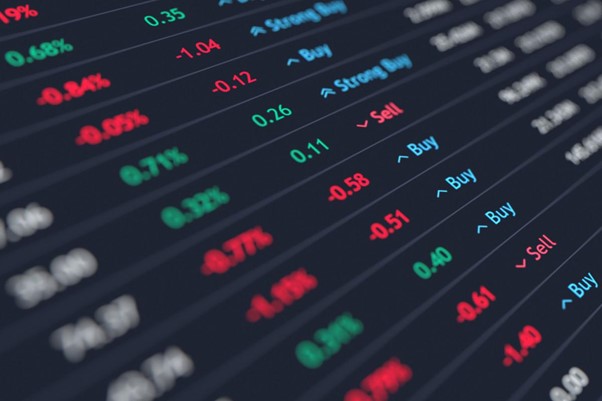 Why has bitcoin’s market valuation soared past $1 trillion? Why is cryptocurrency a $2 trillion asset class today? Why are people suddenly going bonkers over a meme coin named DOGE? Why are NFTs making front-page headlines on every major news daily?

Because of a few people who are putting their weight behind the digital asset space and directly influencing the growth of the blockchain industry.

But who are these people? We’re profiling five of the biggest names in the industry below!

The suave and dapper CEO of Tesla, CEO, CTO, and chief designer of SpaceX, founder of The Boring Company, co-founder of Neuralink, and co-founder and initial co-chairman of OpenAI doesn’t need any introduction.

Well, that was an introduction. Besides the said positions that Elon Musk holds, he is a long-term believer in cryptocurrency and blockchain technology.

Everyone in the crypto community is well-versed with Elon Musk’s Dogecoin obsession. Such are the effects of his tweets that people not owning any cryptocurrencies have started taking an active interest in crypto prices and markets. You know where they headed first, right? Of course, Dogecoin! 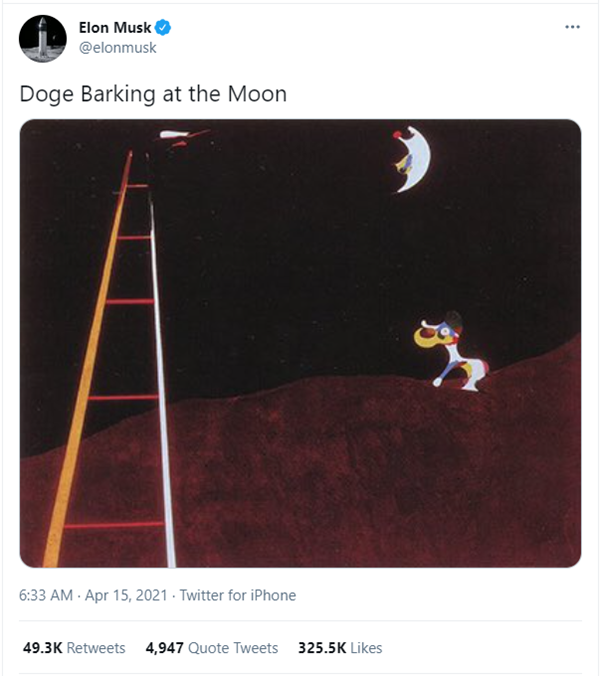 Musk has garnered a reputation for being a straight-on DOGE “shiller.” Thus, curious folks find themselves searching for “elon musk dogecoin investment” on Google. And not just DOGE.

Musk’s company Tesla announced a $1.5 billion investment in bitcoin on its balance sheet more than two months back, along with the addition of BTC as a payment option for purchasing a new car. Musk and company understand that the cryptocurrency asset class is a great way to open up finance for all individuals irrespective of nationalities and geographies. Although we may never know whether or not Elon Musk does have any cryptocurrency, he indeed has pushed people enough to join the blockchain bandwagon. 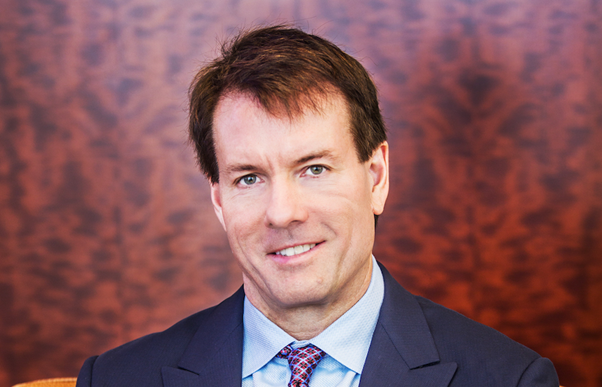 Another business executive and American entrepreneur who took the world by storm with his company MicroStrategy’s massive bet on bitcoin is Michael J. Saylor. But initially, the billionaire was a hardcore skeptic.

His public disdain for BTC has now become ancient history. He admitted that his comments were unfounded (in an interview with CoinDesk last year):

“I went down the rabbit hole during COVID-19,” Saylor said, admitting he “was wrong” to have doubted bitcoin back in the $600 range.

Last year he kickstarted the massive institutional bitcoin investment and blockchain technology adoption drive, which inspired many other prominent corporations such as Jack Dorsey-led Square to add bitcoin to their balance sheets.

Michael Saylor has now become the poster boy of bitcoin institutional investment, and his reasons are pretty much logical. Unlike all fiat currency-based assets, BTC is deflationary as it has limited supply, and that the Bitcoin blockchain network is highly secure and permissionless. In the same interview with CoinDesk last September, Saylor expressed his “primary concern” is to “move away from the dollar.” 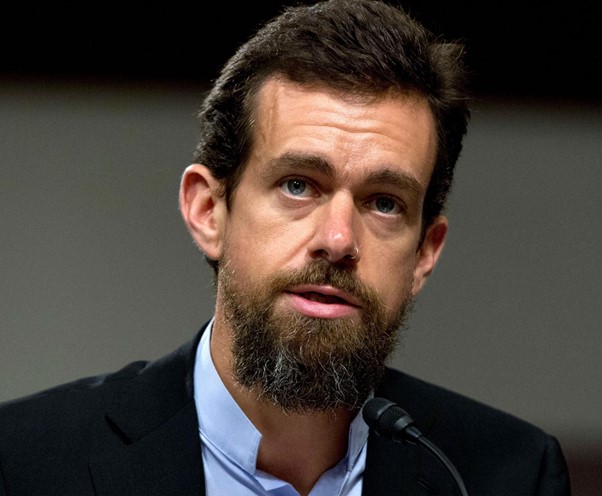 Jack Dorsey is the founder of social media giant Twitter and payments firm Square. Jack has been a bitcoin advocate for quite a long time.

Square’s subsidiary firm Cash App has set an example in blockchain adoption in financial services by letting customers buy and sell bitcoin. Apart from this, the parent firm announced a $50 million investment in BTC, followed by an additional $170 million investment this year in February. And it just doesn’t stop at bitcoin investment.

Square Crypto, the BTC focussed arm of Square, has established a record by giving out 26 grants to boost the development of Bitcoin and recently announced funding for the team behind a popular Bitcoin blockchain explorer.

Mr. Dorsey is behind all these developments. He recently partnered with popular musician Jay-Z to set up ₿trust, a 500 BTC endowment to fund bitcoin development and boost blockchain industry growth. African and Indian teams will be the initial recipients of a chunk of the fund. The Silicon Valley-based billionaire tech entrepreneur has done and is still doing what it takes to boost crypto and blockchain adoption.

Recently, Mr. Dorsey sold his first tweet as an NFT for over $2.9 million, converted the proceeds to BTC, and donated to the GiveDirectly fund to help alleviate poverty in Africa. 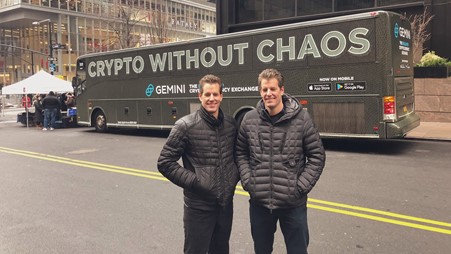 Losing the ownership of Facebook to Mark Zuckerberg didn’t stop these two Olympic rowing and investor twins. Instead, they entered the cryptocurrency race intending to spur solid blockchain industry growth. In 2012, both bought bitcoins for $10 million when the top cryptocurrency’s price was trending at around $8.

What followed is the cryptocurrency market’s rise across nine years and the ballooning of the Winklevoss twins’ worth, to the point (around $6 billion) that they have now made the Forbes list of global real-time billionaires. As per the latest accounts, both have invested in 25 crypto firms. Apart from their investments, Tyler and Cameron Winklevoss actively promote crypto purchase and adoption through Gemini, the cryptocurrency they own.

In a development that would make blockchain part of the banking industry, in October 2015, Gemini became one of the first cryptocurrency exchanges designated as a trust bank by the New York State Department of Financial Services.

The Winklevoss twins also support the current NFT trend through their acquisition of Nifty Gateway.

While these were all successful individuals who have helped elevate cryptocurrency and blockchain technology and advocated their adoption, certain firms are operating with the same goal.

AIKON is one such firm that specializes in providing secure blockchain identity services through ORE ID, its proprietary blockchain authentication system. The AIKON team has partnered with AllianceBlock, which wants to enable anyone and anybody to benefit from secure access to the trillion-dollar capital market without having to jump through needless hoops to do so. AllianceBlock’s objective is to build the world’s first globally compliant blockchain-based capital market. ORE ID, which impresses on using blockchain for authentication, will play an instrumental role in the project’s identity management system.

What becomes quite clear is that blockchain technology adoption is at a nascent stage. Of course, an increasing number of business bigshots are helping catapult the ecosystem to mainstream prominence. Still, the effects of their actions have barely covered the tip of the adoption iceberg.

There’s a long way to go. This drop may seem minuscule and insignificant, but it will pave the way for the ocean’s formation.

How to set up a Google Analytics account and make it work for you?